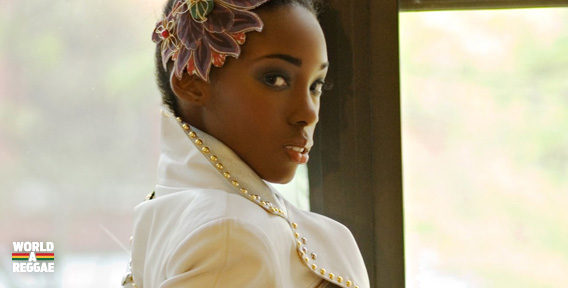 “I recorded “Talk Yuh Talk” a few months ago and the song basically addresses all of the haters and bad mind people from a female perspective. A lot of times we hear male artists talk about he issue but we females experience the same fight so I wanted to speak my mind cause I know most women can relate”.

A former background singer for pop star Lindsay Lohan, Nefatari has been making significant strides in her solo career, securing airplay for her singles “No Handbag” and “Never Get It” of top radio stations such as 99Jamz out of Miami and Hot97 Boston. Since the start of the year she has also took been ripping the stage, performing at several show in Miami, Connecticut and New York.

In other news Nefatari is scheduled to perform at the Rum & Redbull Concert on September 9th in Virginia Beach alongside Jamaican headliner Fambo. She is also expected to be featured in the Bedroom Medley video which will be shot in the coming weeks.