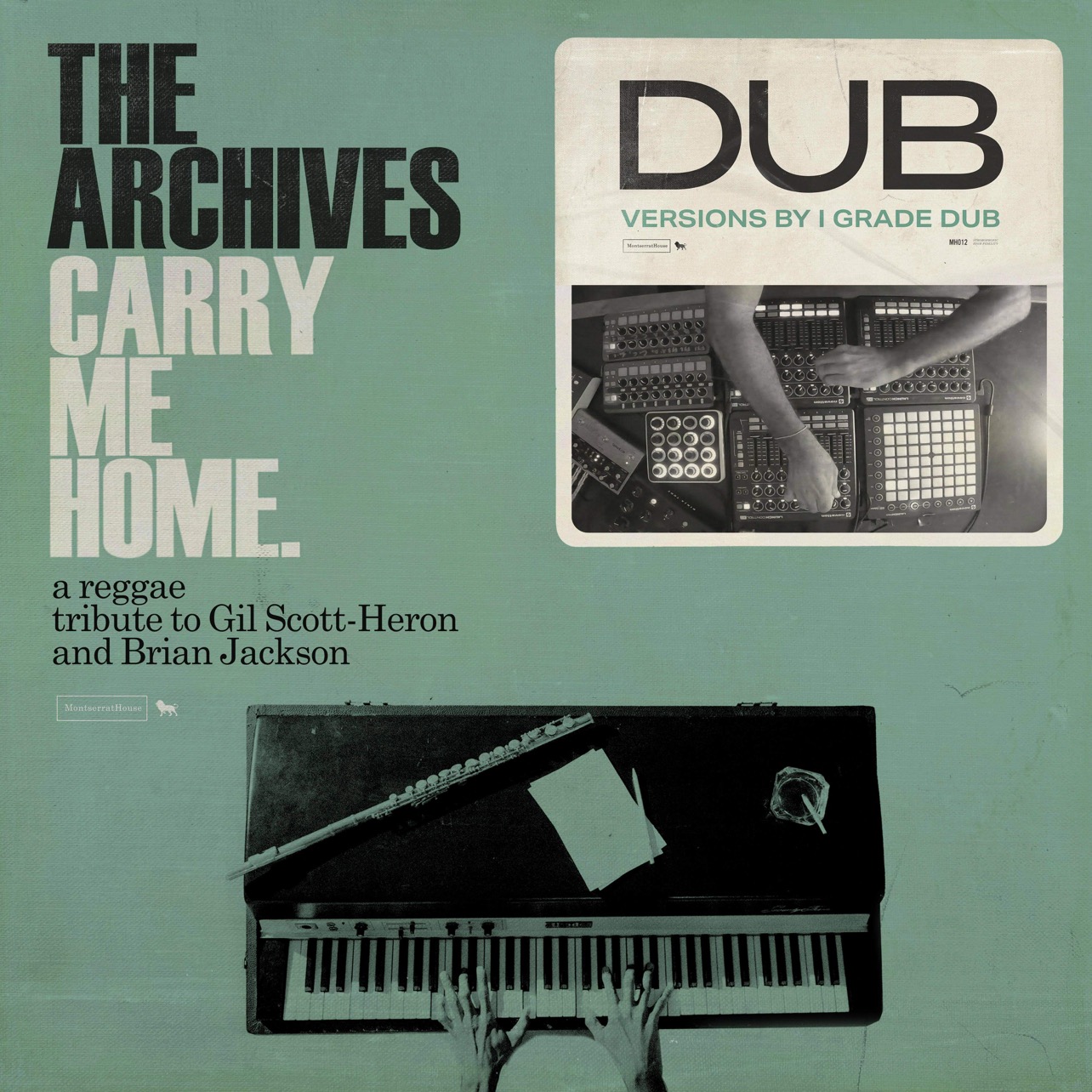 The Archives is a twenty-first century band with deep roots in reggae and a host of multi-talented musicians.  As described in Rolling Stone Magazine, the Carry Me Home: A Reggae Tribute to Gil Scott-Heron and Brian Jackson project is the “brainchild” of Thievery Corporation‘s Eric Hilton who began a quest to explore the roots of reggae music.

Hilton contacted DC keyboard ace Darryl ‘D-Trane’ Burke (Christos DC, Kenyatta Hill) of Honest Music DC to recruit players who would bring a progressive vibe to the project. After a year of writing and recording, The Archives was formed in 2010. The Archives landed a two year residency at Washington DC’s Patty Boom Boom, which allowed them to build a loyal fan base and hone their evolving sound.

At the forefront of The Archives unique sound is the distinctive voice of Puma Ptah.  Born in St. Thomas, the Washington DC-based vocalist toured with Virginia’s United Souls until he stepped out in 2011 with a feature on Thievery Corporation’s Culture of Fear with “Overstand” and “False Flag Dub.”

So how does a band like The Archives follow such a special tribute album?  Well in the reggae realm you dub it to the top.  The Archives enlisted the most innovative and progressive dub engineer in reggae today, Laurent “Tippy I” Alfred of I Grade Dub.  As Tippy described to me in a recent interview, he is well-prepared to take on a project as special as this one.

“Dub music is an art form that I love deeply – both the science and the art of it.  The history of it as well – what the Jamaican dub pioneers did is still reverberating to this day.  Since 2012 I’ve been building a midi-mapped dub rig that’s now hybrid analog / digital and very powerful.  It’s been great to learn this art form and create mixes in real time.

I’ve been working with The Archives on their recent dub release of Carry Me Home: A Reggae Tribute to Gil Scott-Heron and Brian Jackson, which was a great experience and an true honor.”

The new dub companion to Carry Me Home includes twelve tracks, all dub-mixed by Tippy.  On “Home Is Where The Hatred Is” Tippy spotlights Darryl “Trane” Burke’s bubbling keys and Leslie “BlackSeed” James, Jr.’s rhythmic drumming while giving plenty of space to Puma’s signature vocal performance.  It is atmospheric with a much looser feel than the original vocal track – an unrestrained dose of dub island soul.

On “Rivers of My Fathers” its all about Addis Pablo (son of Augustus Pablo) and his melodica.  Tippy leans on his echo effect to bring new life to Pablo’s performance as he once again goes hard on keys and vocals, giving the track a dreamy vibe.  “Peace Go With You Brother” is a downtempo groove with lots of stops and starts, a spacious experiment in drum, bass, and echo.

“Who’ll Pay Reparations On My Soul” is the heaviest tune on the album.  With heavy thematic material comes heavy drum and bass.  Tippy really brings the bassline to the forefront of the mix to underscore the heaviness of the track.  With D-Trane’s steady keys work echoing throughout, and a chopping skank guitar by Tanash Tanyi, this is classic “rub-a-dub” at its finest.

Other standouts include “Must Be Something,” “A Toast To The People,” which features Grammy-nominated vocalist Raheem DeVaughn, and “The Revolution Will Not Be Televised.”  Listeners will also thoroughly enjoy the hand drumming of legendary Black Ark percussionist Larry McDonald who features on eleven of the album tracks. McDonald also played many sessions with Gil Scott Heron himself.

Tippy’ dub mixes do not reinvent the album, or diminish any of its inherent gravitas. Instead he breathes new life into each track, shining a light on the individual talents of these players. Carry Me Home Dub is a revolution within itself and we should all sign up for the protest.

Carry Me Home Dub from Montserrat House will be available on all digital platforms and CD on August 6, 2021.