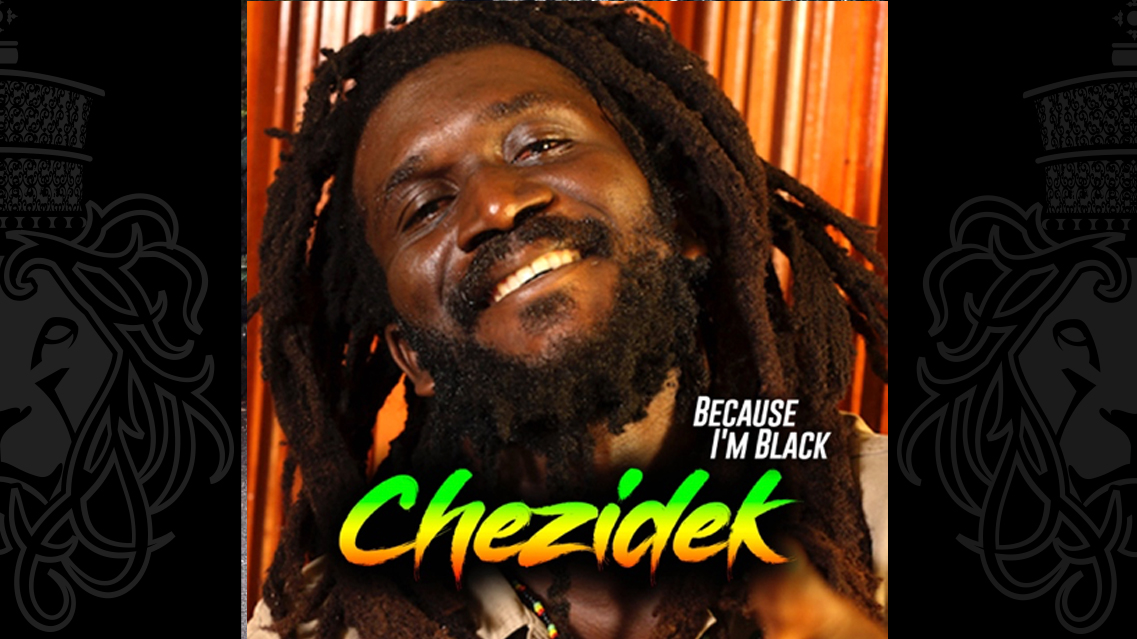 May 12, 2020 New York, New York. In the earlier part of the year, Roots Reggae singer Chezidek gave black and brown people a strident anthem against racial experiences with his single “BECAUSE I’M BLACK”. The forthright track produced by his own imprint label, Cheziberry Records, was inspired by the increase of police brutality against African Americans.

A tale heard around the world, look no further than the latest murder of Ahmaud Arbery, yet another innocent black man targeted while jogging because of his melanin, or Botham Jean sitting in his own living room, or Trayvon Martin and the list goes on. Unfortunately, instances like these have as much resonance today as it did in the civil rights movement and beyond. “BECAUSE I’M BLACK” is the lead from his forthcoming 11th studio album distributed by Tads Records.

When it comes to the issue of blackness, roots singer Chezidek is unapologetic conscientious. In a previous statement to the media, he stated “This is a song that talks about the plight of black people and how depressed we have been over the years. As a Rasta man I have to represent for Black people, which is not to put down any race because we love all kinds of people, but it’s a reality.“

In support of the mindful single, strong, powerful and impactful visuals directed by Nordia Rose were also released. “The concept of the video was inspired by all of the protests we see on TV. We went to historical places with chains and shackles and this helped to show the struggles of black people. Don’t crucify me because I am black — that is the message of the song. We are all one family,” he said.

Chezidek’s yet-untitled album is slated to be promptly released by independent powerhouse label Tads Records, who recently announced an exclusive publishing deal with the recording artist. Having been in the business for over thirty (30) years, Tad’s Record boasts a catalog showcasing artists such as Gregory Isaacs, Dennis Brown, John Holt, Turbulence, Anthony B, Perfect and many more that cover the spectrum of Reggae/Dance Hall music.

“As a Rastaman, we have to represent for the people, educating other people about black people. It’s about learning to love black people,” Chezidek told the local Jamaican newspaper, THE STAR.