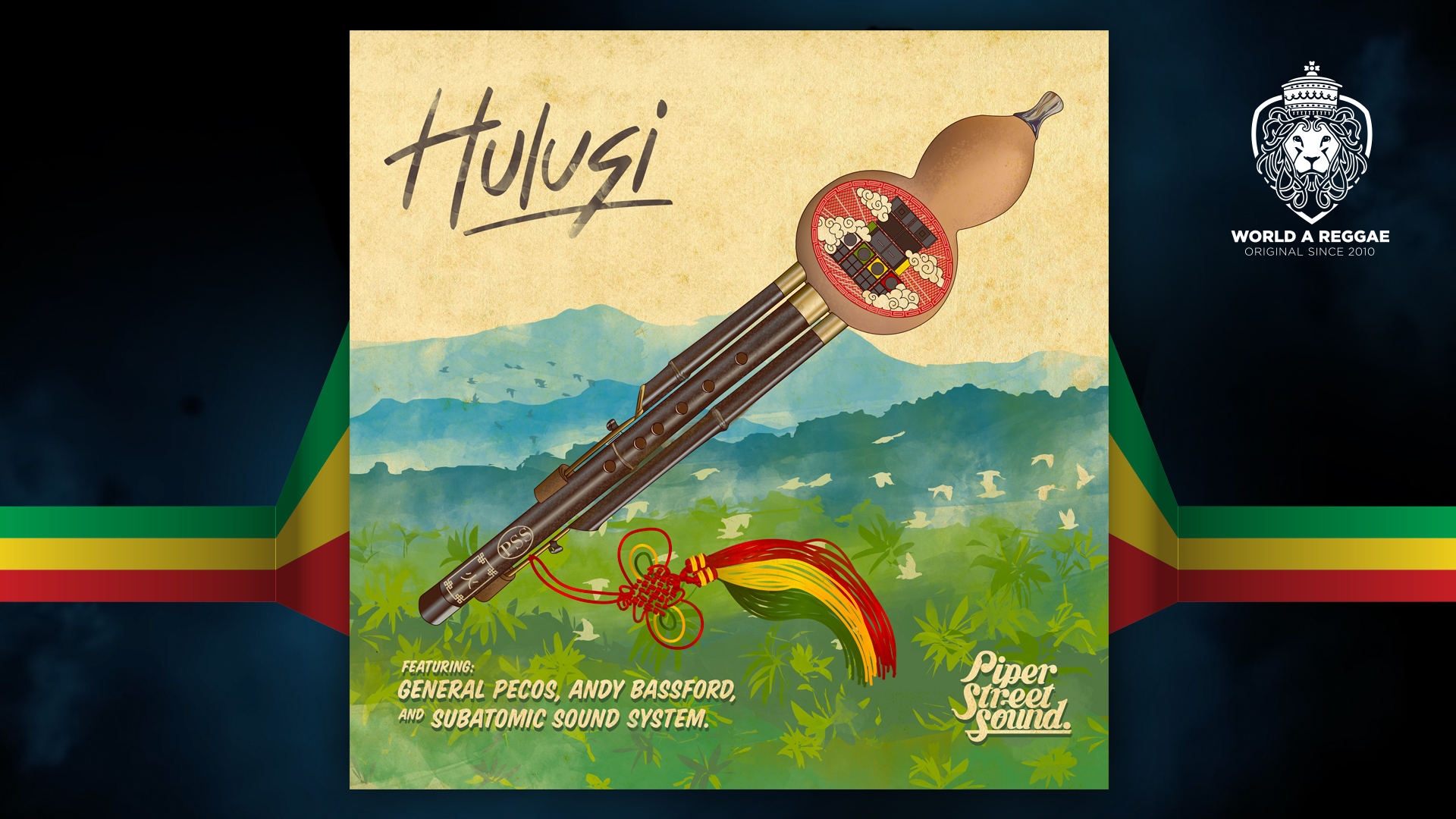 Piper Street Sound returns with a strident march forward in Hulusi. Conceived during the early stages of a pandemic, with the Atlanta-based multi-hyphenate Matthew Mansfield’s signature blending of production styles, layers of acoustic, analog, and digital performances at last lock-in and unfold in time to an insistent Steppers riddim with a pace and message that gets the blood moving.

In collaboration with NYC-based Dub gorgon Subatomic Sound System, Lee “Scratch” Perry’s band for over a decade, and featuring contributions from luminaries that span a wide network of timeless titans and studio assassins, the end result plays like a flag-planting campaign of the past INTO the future.

The title refers to the instrument used to capture the piece’s main theme, an ancient Chinese 3-chambered flute that reads somewhere between melodica and bagpipes, a brash but plaintive melody. Fleshed out and supported by dread performances from Mansfield’s urgent bass, Christo Case on synths and keys, Brian Daggett on pounding drums, and horns by Jonathan Lloyd, the production eventually manifested into the righteous machine presented here.

The digital release features Piper Street Sound’s A-side cut, a trio of edits from Subatomic Sound System’s extended mix of the tune, and an instrumental version with expanded guitar work by a frequent collaborator to some of Jamaica’s Pantheon of musical greats, Andy Bassford.J-Lloyd’s horn section stabs in regal staccato before unfurling banners reminiscent of the Golden Days, over an increasingly digital riddim that surges and pulses with militant energy. Guitars by Bassford sting and slash across the piece’s swirl of dub delay and reverbs, accenting the polyrhythmic march of the beat. They shine fully on a track of their own. A stark vocal testimony from none other than Dancehall legend General Pecos recruits listener-soldiers to the Gideon War, a literal “mental, spiritual, physical war” necessitated by the times. If The End is indeed upon us, Piper Street Sound and his cohort intend to meet it head-on and eyes forward.

‘Hulusi’ is a song that I’ve been slowly working on for many years. The track’s components gradually came together in my home studio, with the Hulusi flute, which I played, holding a special place in the mix, reminding me of something ancient and a little mysterious.

The pandemic definitely slowed down the production process, but luckily I have a crew of musicians that can record remotely and it all came together quite nicely in the end. It’s my first release featuring veteran Jamaican dancehall artist General Pecos, his gruff style vocals define the mood I was hoping to conjure. Having Andy Bassford (Toots & the Maytals, Dennis Brown, Culture, Horace Andy, Roots Radics) join on guitar is always a treat, he’s truly a fantastic musician and his guitar work settles into a mix perfectly, like it was always meant to be there. Subatomic Sound System of course knocked their remix out of the park, and I’m honored to have the chance to collaborate with them (as they were Lee ‘Scratch’ Perry’s backing band for over a decade 😍).

I think the EP has a good blend of organic, live musician, rootsy elements; balanced against some harder electronics like analog synth drums and overdriven synth lines from Atlanta-based keyboard wizard Christo Case. I’m looking forward to releasing this on 10″ vinyl too, so stay tuned for that pre-order. –Piper Street Sound

There’s also a 10″ vinyl offering in the works, featuring full-length dubs by both Piper Street and Subatomic.