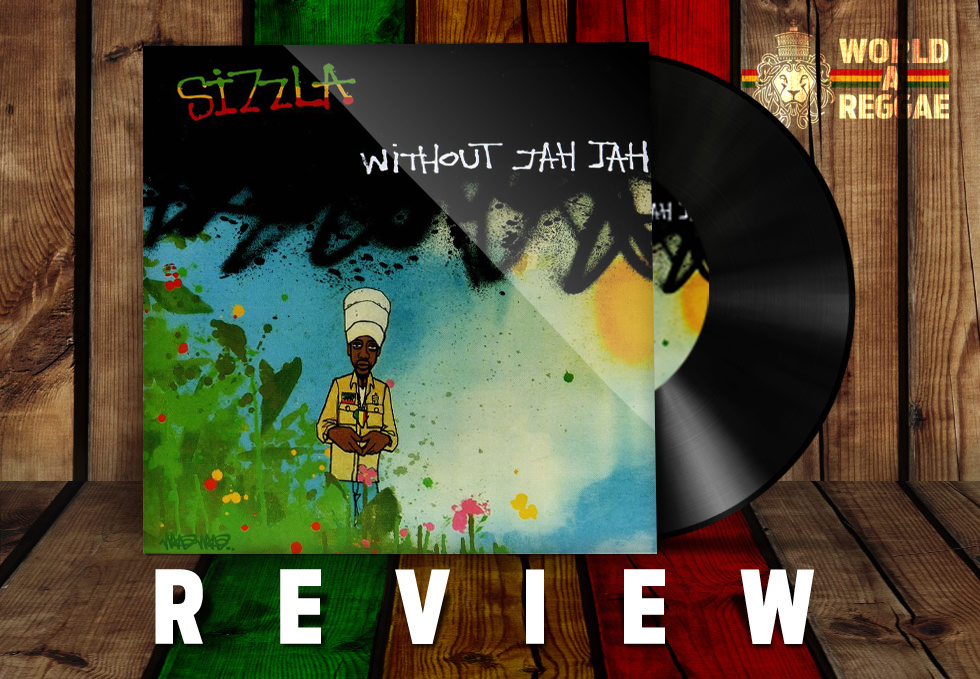 The debut vinyl single release from Nah Lef Ya Muzik has just landed in a beautiful picture sleeve and is distributed by www.buyreggae.com.

Featuring Judgement Yard’s Sizzla Kalonji in fine singing mode on ‘Without Jah Jah’ complete with female harmonies from Vania Colours over a bass-driven riddim built by KongoRed at Cedarhill Studio, this is a one away song that is sure to create a musical storm in dances across the world for years to come.

Sizzla delivers an uplifting, somewhat joyous chant to Rastafari reminding the people of the world that all creations are in the hands of the Almighty, HIM Haile Selassie I. His vocal performance is reminiscent of some of his formative works for Xterminator, Digital B and Star Trail Records

The riddim is known as the ‘Charredspear Riddim’ which was built a few years ago and put aside whilst trying to find the right match in terms of an artist to voice it. Ai Yoshida the founder of Nah Lef Ya Muzik , a Japanese native now living in Kingston fell in love with the riddim and she approached Sizzla with the idea of working together to which he duly obliged and voiced a masterpiece in ‘Without Jah Jah’ at his own Judgement Yard Studio in August Town.

Already on heavy rotation with selectors across the globe, the KongoRed All stars dubwise outing on the flipside is a real treat with the vocal interjections of Sizzla and Vania Colours echoing out to bring in the drum and bass and then echoes of ‘nutt’n caa gwaan’.

As has been customary with vinyl releases of modern times, the picture sleeve has been designed by the well established and respected artist Mau Mau in his own inimitable style.

Roots music lovers will love this limited edition vinyl release which is filled with quality from start to finish in terms of the quality of the production, vocal, pressing quality and artwork and should investigate without any hesitation.