Coming off the heels of his new album, For the Culture, released on June 4, the Italian Reggae Ambassador, Alborosie is the first act on the couch for Season 4 of the Harry J Live Couch Series. The visuals of this virtual jam session produced by Tara Johnson is set to be released on Tuesday, June 8, 2021 on the Harry J YouTube Channel at 2:00 p.m. Jamaica Time / 8:00 p.m. European Time.

There is a new female voice on the block, Introducing Zhayna France, from Stony Hill Kingston Jamaican, a Student...

Inspired by the passing of an icon, the Harry J – couch series was created by Harry J’s Daughter...

Wycliffe ‘Steely’ Johnson and Cleveland ‘Clevie’ Browne are the pioneers of dancehall reggae’s digital age and are also known as... 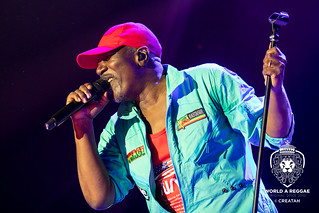