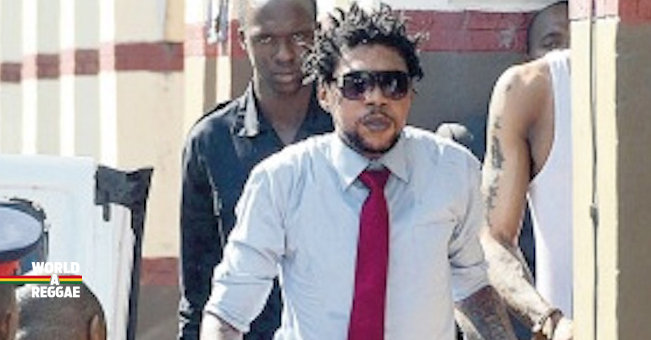 Dancehall entertainer Adidja Palmer aka Vybz Kartel and his four co-accused have been found guilty of the murder of Clive ‘Lizard’ Williams marking the end to a keenly watched trial that has lasted for 65 days.

Initially, the eleven-member jury deliberated for 1 hour and 53 minutes before returning a 10-1 verdict.

They were sent back to reconsider because the verdict was not unanimous and was reached under two hours.

The jurors then went back to consider the matter before again returning to the courtroom.

Kartel, 38, whose real name is Adidja Palmer and his co-accused went on trial on November 20 in the Home Circuit Court.

They had been in custody since September 2011.

They were charged with the murder of 27-year-old Clive ‘Lizard’ Williams, of Waterford, St Catherine.

The prosecution relied on circumstantial evidence and common design to prove its case against the men.

Those found guilty are to return to court for sentencing on March 27.

Kartel and five other men had been charged with William’s murder, but at the start of the trial in November last year, the fifth co-accused, fashion designer, Calvin Haye, was freed after the Crown offered no evidence against him.