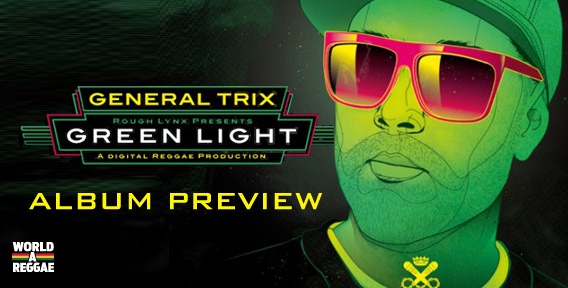 At Friday the 9th of September The HYPE presents : GENERAL TRIX-GREEN LIGHT album release party @Jimmy Woo. Amsterdam. A night of hip hop rub a dub and digital reggae alongside :Rough Lynx (Sweden) the producers of the album.

Here we have General Trix, followed by producers Rough Lynx with the debut album, Greenlight, as a metaphor and a higher dose of inspiration for all those who feel free to experience the unique sound of digital reggae. The album Greenlight is the pure result of years of experience in understanding the public and delivering the right message and vibe through the concept of soundsystem.

The album is based on a distance collaboration from Amsterdam to Goethenburg, between the innovative swedish producer, Andreass Ante Johansson (Rough Lynx) and Amsterdam’s uprising raggamuffin singer General Trix.

The aim of this collaboration was to take a side step out of the main picture and add an authentic touch to their musical portrait.

And so, a few months later the Greenlight project was born, inspired by 80′s and 90′s computerized reggae ,the album is based on the dynamic digital sounds modernized to a much more updated skankin’ ragga vibe, with influences from Hip Hop and Digital Pop

Check out the presentation mix for 6 of the 10 tunes included on the forthcoming Green Light album produced by Rough Lynx. Album in stores from September 2011!