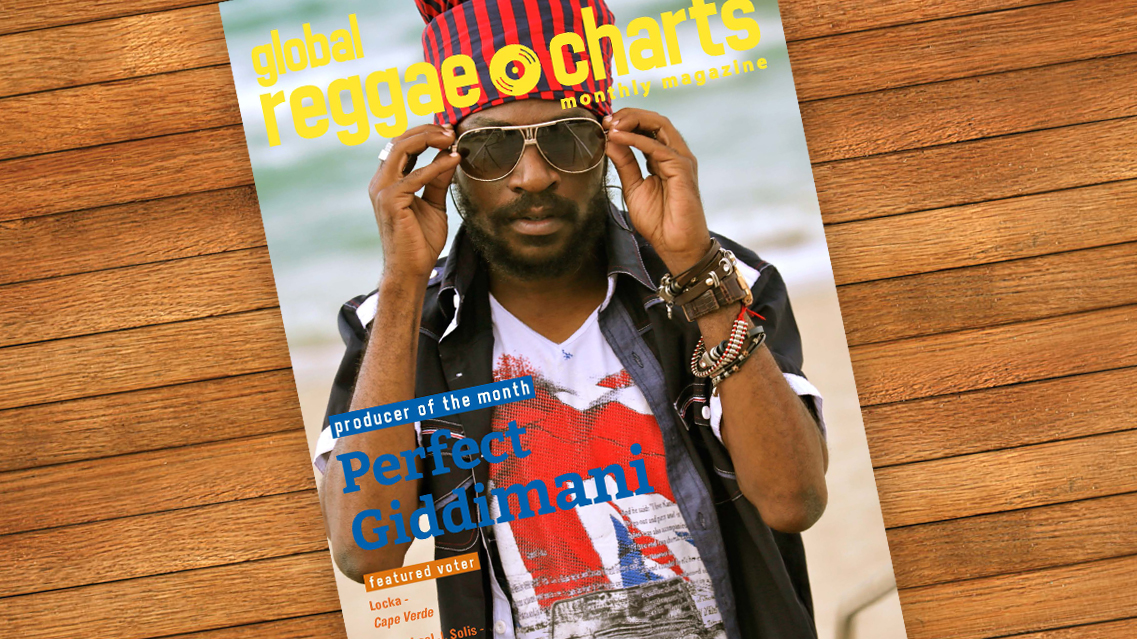 Issue #18 of the Global Reggae Charts Top 20 singles chart countdown with DJ 745 on WorldAReggae for November 2018.

The October issue of the Global Reggae Charts magazine is out already. This month we have a novelty; for the first time, we feature a producer instead of an artist. Admittedly he is a great artist as well, but we think that his chart positions as a producer – he always has at least one riddim in the top 5 riddims section – make him really worthy for this honor. We are talking about Perfect Giddimani and his Giddimani Records. Also, we feature two very interesting voters from different parts of the world that share not much more than a similar latitude. First we have Misachael J. Solis, director of the CABINA420 radio in Mexico City; second, we have Evelise Gomes aka Locka, who presents her Rockers radio show on Radio Morabeza in Cape Verde.

On the charts, we have a lot of fresh records. On the single charts, we have Alborosie at #1 and #2 followed by a few releases we’ve seen already over the past months. Bulby York with Christopher Martin & Beenie Man is the first new entry at #7. More new entries coming from Protoje, Macka B, Maxi Priest, Jah9, Sevana, and Hollie Cook. On the album charts, we have the same top 3 positions followed by a new entry from Assassin aka Agent Sasco at #4. Further new albums are coming from King Jammy & Dennis Brown, Groundation, Bulby York, Common Kings, and Black Uhuru. Finally, we have 4 new entries on the riddim charts: Peng Peng Riddim, Artibella Riddim, Old Jack Plug Riddim, and the Ancient Kingdom Riddim. Altogether a pretty solid turnover rate with 17/45 entries (in total) new.

The charts are online and can be found at www.globalreggaecharts.com. Voter registration is now open as well. Visit the site for all the details.