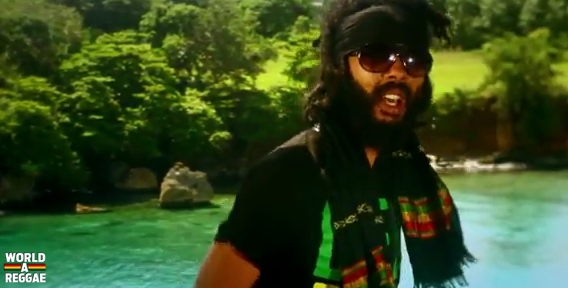 Since he made his entry onto the local music scene over two years ago with his debut single Arguments, Protoje has seen his stocks rise significantly. So far he has scored several popular songs including JA, Dread and Rasta Love (ft Kymani Marley) which is his biggest hit to date. All of these songs were accompanied by good quality music videos, a strategy which has helped to increase his popularity both at home and abroad.

Not one to get complacent because of success, the St Elizabeth native is currently promoting a new single titled No Lipstick. He recently shot a music video for the song — a single off his 7 Year Itch debut album. The video was shot on location at the scenic Great Huts Resort in the beautiful parish of Portland under the direction of his sister LeAnn ‘Dream Seeker’ Ollivierre.

“I just did the video for No Lipstick and it came out well; it’s a very beautiful video and I must give full credit to my sister and her hard-working team for pulling it off. They were responsible for putting the whole thing together and it wasn’t easy. On the morning that we were supposed to shoot the video we lost our original venue and then we decided to shoot at Great Huts in Portland and it worked out very good for us, because Great Hut is such a very nice place,” said Protoje.

He added that he is very selective about the locations he uses when shooting his music videos and tries his best to use some of the most unique and scenic locations across the island.

“When I do my videos I try to cover and highlight as much of the beauty of Jamaica as possible; my previous videos JA and Dread were shot in St Elizabeth, Rasta Love was done in Kingston and St Thomas, and my very first video was done in Kingston, so Portland was just right for me to shoot my next video. It’s a very beautiful place,” he said.

The video was released a little over a week and has been creating a buzz on Youtube having received over 14000 views already.