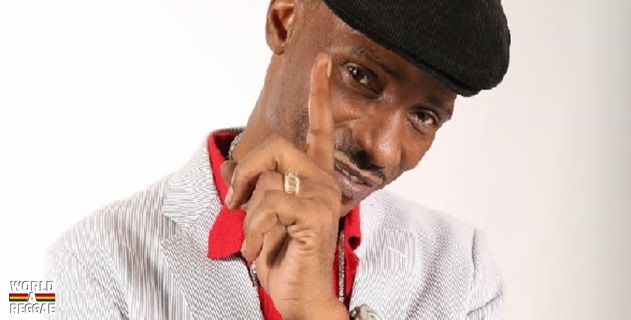 As 2014 continues to be an exciting and prosperous year for the international reggae singer Sanchez, the promoters of Unifest took the time out to honor him and recognize him for his contribution to reggae music and his career accomplishments. On Saturday May 17th,  commissioner Alexandra Davis on behalf of Mayor Lori Mosley and fellow commissioners of the city of Miramar, presented Kevin Jackson aka Sanchez with a proclamation; stating that May 17th, 2014 will be officially known as Sanchez Day in the City of Miramar.

Unifest, which is promoted by the GCACC (Greater American Cultural Coalition) focuses on bringing various Caribbean countries and islands together to highlight their rich cultural heritage. Unifest is a multicultural festival celebrating 20 years of bringing cultures together. Honoring Sanchez this year was so fitting with their mission statement because of what Sanchez stands for. With his contribution to music and the reggae industry for the past two decades, Sanchez has been embraced by a wide array of cultures and placed the Caribbean culture to the forefront in so many ways. With a fan base expanding from Europe, to Africa, North America, Asia and the Caribbean, it is evident why Sanchez was honored.

Moved beyond words to tears, Sanchez was honored to receive this proclamation in front of thousands of his screaming fans.

“As an artist, I perform and sing because I love it. I don’t sing with the expectation that I must get an award for this, I do it for the love of my fans, music and the mercy of the Almighty.  But! I must say to receive such a high recognition from a city I love and embrace as another home, I say thank you. To the Commissioner and Mayor Daisley, Unifest members I thank you again from the bottom of my heart and to God be the glory” says Sanchez.

To top of the weekend Sanchez gave his fans a remarkable performance. Starting his set with a crowd favorite ‘Here I Am’ you heard the screams and roar from the men and women in the crowd of several thousands. As the rhythm dropped, they began to sing in unison and Sanchez embraced every moment of it. He continued to sing his hits like ‘Praise Him’,  ‘Chronic’, ‘Loneliness’, ‘One in a Million’ and ‘Frenzy’ and each song the crowd wanted an encore. But it was ‘Amazing Grace’, that rought the crowd to a tumultuous round of applause, leaving Sanchez so grateful and humbled.

With a jam pack summer schedule Sanchez gets ready for the Redemption Concert, which will be held on Saturday May 31st at the Hasely Crawford Stadium in Trinidad. Sanchez will headline the event along with Beres Hammond, Gyptian and Duane Stephenson. The anticipation in Trinidad for Sanchez performance is tremendous, as his fans have not seen him in several years.

“We know Sanchez always brings his A+ performance any time he touches the stage, but we also know that his recent performance at the Barbados Reggae Festival last month was exceptional and we cannot wait to see him” says Joycelyn McIntosh of Trinidad

Upon his return Sanchez will head to the studio, where he will continue to do what he loves the most next to his family and that is pleasing his fans. Sanchez will head in the studio with some of the industries top producers like Shane Brown of Jukeboxx, Don Corleon and Bobby Digital.