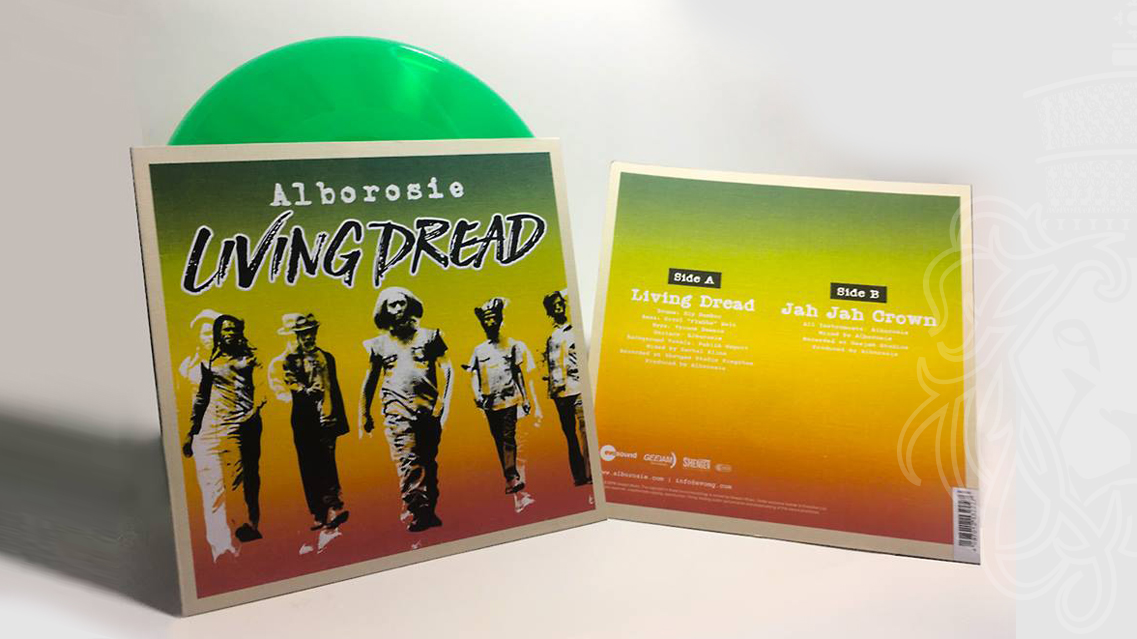 This is the first time Alborosie’s blazing hit, “Living Dread”, also produced by Alborosie, has been available on any physical format. This special edition, translucent green , 7″ vinyl single, is limited to ONLY 1,000 copies worldwide. The cover artwork and music video of the song inspired by the 1978 Jamaican classic film Rockers. It was filmed in Portland, Jamaica, by One Love director Rick Elgood. It features drummer Horsemouth Wallace that played the leading role in Rockers.