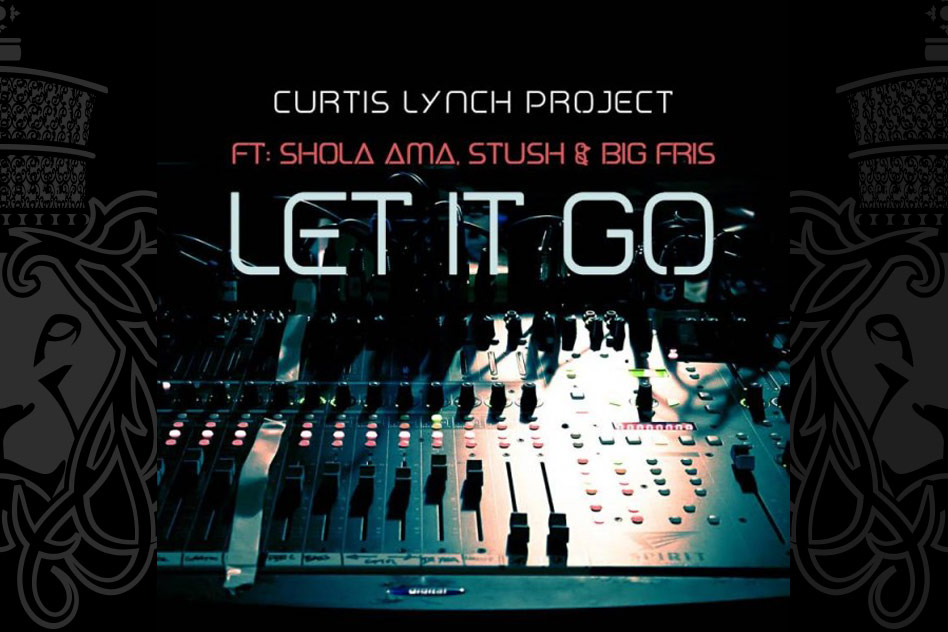 Super music producer Curtis Lynch, via his Necessary Mayhem imprint, is once again expanding Reggae music with the wildly hot tune “Let it Go,” which features quite the fusion of UK music luminaries. The genre-transcending track, which was just released, serves up a zesty taste of Reggae with Stush, UK Grime with Big Fris and a slice of Soul with the phenomenal Shola Ama. The incredible “Let It Go” has been receiving a huge buzz, along with media placement.

“Let It Go” boasts a catchy hook and intense lyrics that will captivate every listener from beginning to end. The smooth Reggae rhythm (aka riddim) provides the perfect foundation and further solidifies the promising song, which yields a cross-section of styles, boldly represented by the R&B/Soul of Shola Ama, the Dancehall deejay flavor of Stush and the Grime contribution of Big Fris. Because of this unparalleled fusion of artists and styles, “Let It Go” will appeal to a wide listening audience.

“Let It Go” is a special release under “The Curtis Lynch Project,” which gives the producer and label owner free reigns to transcend boundaries and expand his creative juices by working with the world’s best artists. Essentially, through the project, he convenes artists of all genres to record on his Reggae Dancehall productions.

“This is a lot of fun, as it’s an awesome feeling to work with such great artists and to me ‘Let It Go’ is the ultimate combination,” says Curtis Lynch. “I grew up on sound system culture and always liked combination dubs, so now I get to do the same thing with recorded tracks.”

Shola Ama has had an active career as an R&B/Soul singer for over 20 years and has scored a number of hits over the course of her career, including her unforgettable break through smash “You Might Need Somebody.” Meanwhile, Stush is a hardcore female Dancehall deejay, who even gives the hottest males in her genre steep competition.The lyrically driven Stush garnered great success with her hit solo anthem “The Return.” Lastly, Brig Fris, aka “Frisco,” is a member of the immensely popular Grime collective/group Boy Better Know. He is a legend in Grime, gaining praise for loads of hard hitting mixtapes and his most acclaimed effort to date, the 2014 EP “British Knights.”

Necessary Mayhem Records was launched exactly 9 years ago with the purpose of creating unprecedented Reggae and Reggae influenced music for world to enjoy. In a short period of time, Necessary Mayhem has become one of Europe’s biggest producers of Reggae music with super producer Curtis Lynch at the helm. Necessary Mayhem and Curtis Lynch have worked with the who’s who of the music industry, including Gorillaz, Alicia Keys, Etana, Tarrus Riley, Busy Signal, Million Stylez and more. Notably, Necessary Lynch has played a pivotal role in building the careers and brands of numerous UK artists. With major releases and projects set for 2015, without question Necessary Mayhem will be one of the year’s shining stars.